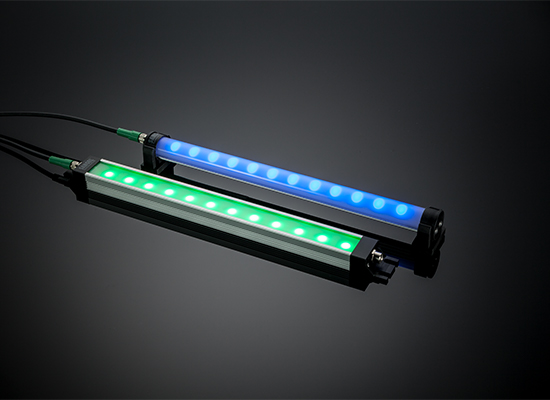 We introduce: Our new RGBW-all-in-one-solution!

The ELN-RGBW is a refinement of the ELN series. The almost identically designed luminaire not only offers all the features of the conventional ELN, but features a brilliant new technical accomplishment that is more or less unique on the market at present.

In addition to white light, the ELN-RGBW can display various statuses in 7 different colours. For example, the luminaire may indicate a malfunction of a machine or alert the operator to reload parts.

Unlike full-RGB luminaires, the ELN-RGBW can be used for illumination with white light as well as for status indication, all with a single luminaire. And it also achieves a CRI of more than 80, because the white light is produced with separate LEDs rather than blending the three primary colours on the RGB chips. This all-in-one solution not only saves time and money, but also space. The ELN-RGBW therefore offers genuine added value.

to the next news
back to the news overview